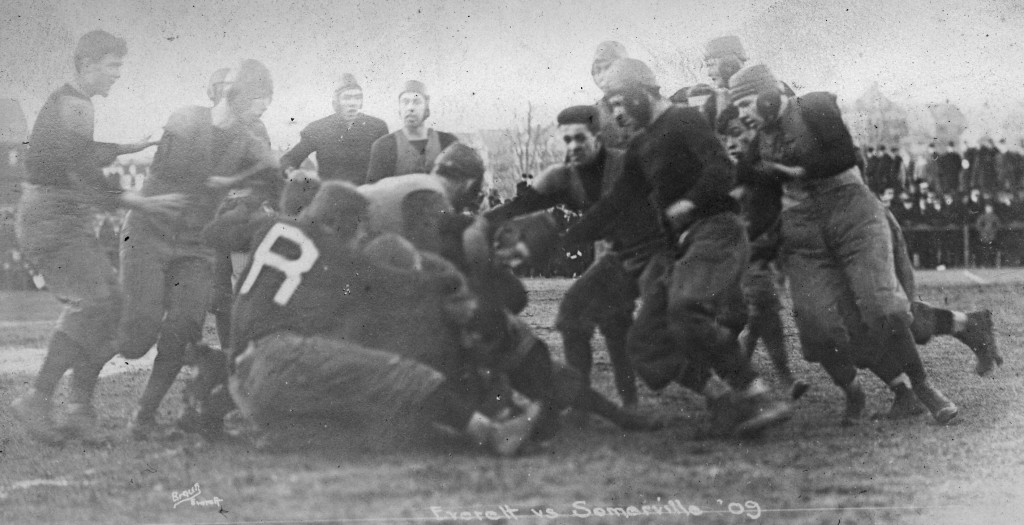 Everett traveled to Somerville for the state championship on December 4, 1909 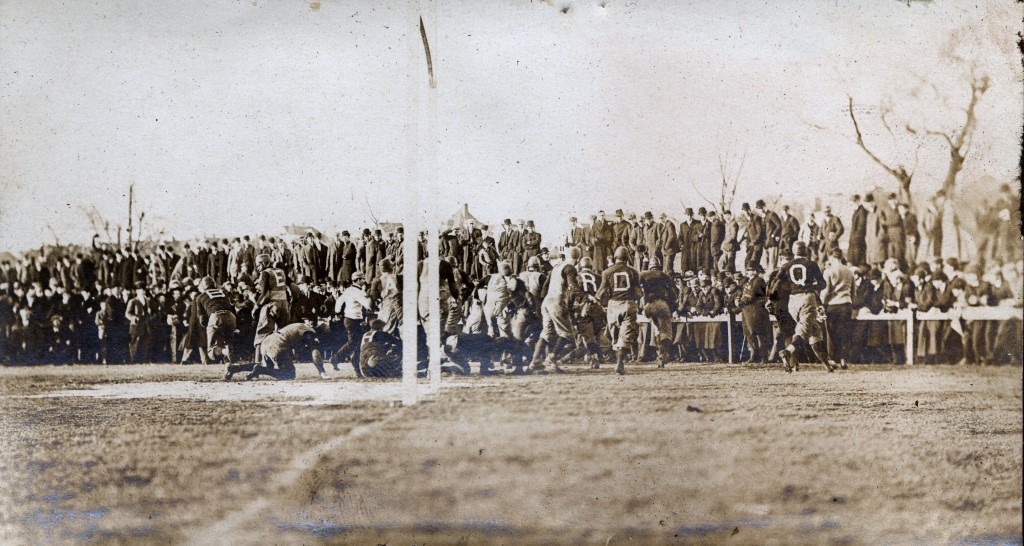 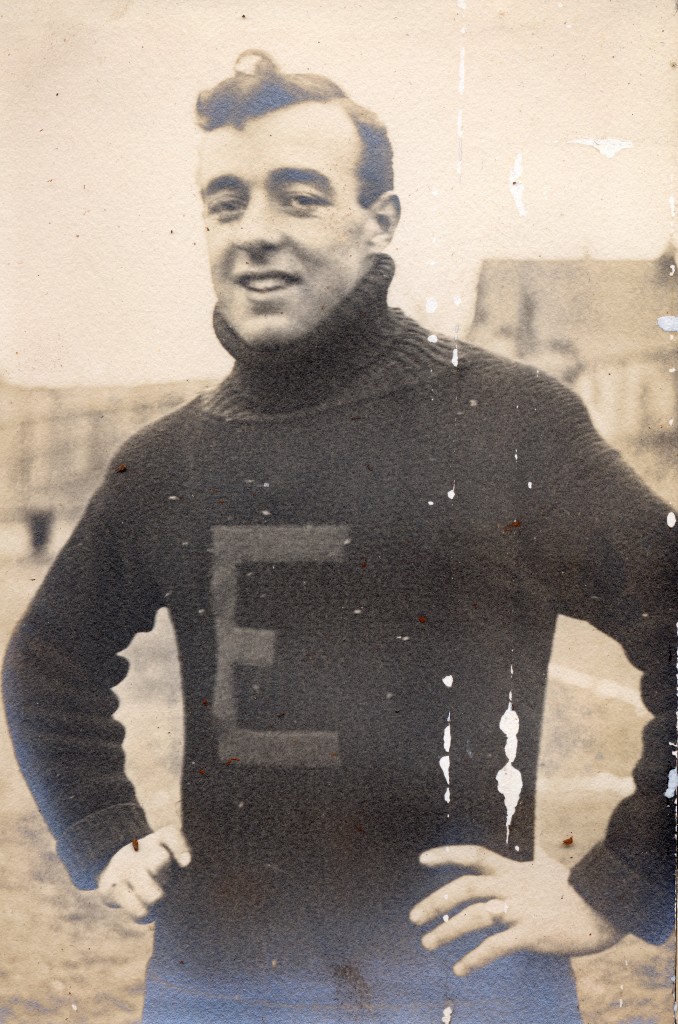 The leader of the Everett High team was the great Charlie Brickley.  In addition to being a great running back, he became known for his dropkick field goals.  After graduation, Brickley went on to Harvard, where he became a star for the Crimson Tide. Sports Illustrated recently ran a feature article on Brickley. Click on the link to read it.