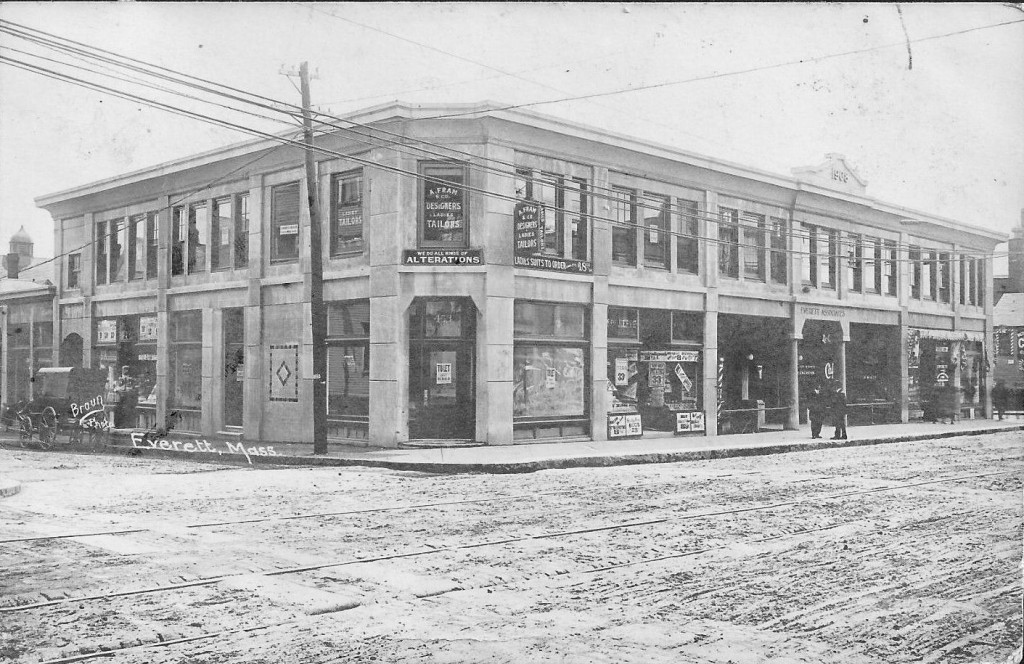 The Associate Building on Broadway, between Chelsea and Cottage Streets, was erected in 1908 to replace the Masonic Building, which was destroyed by fire. 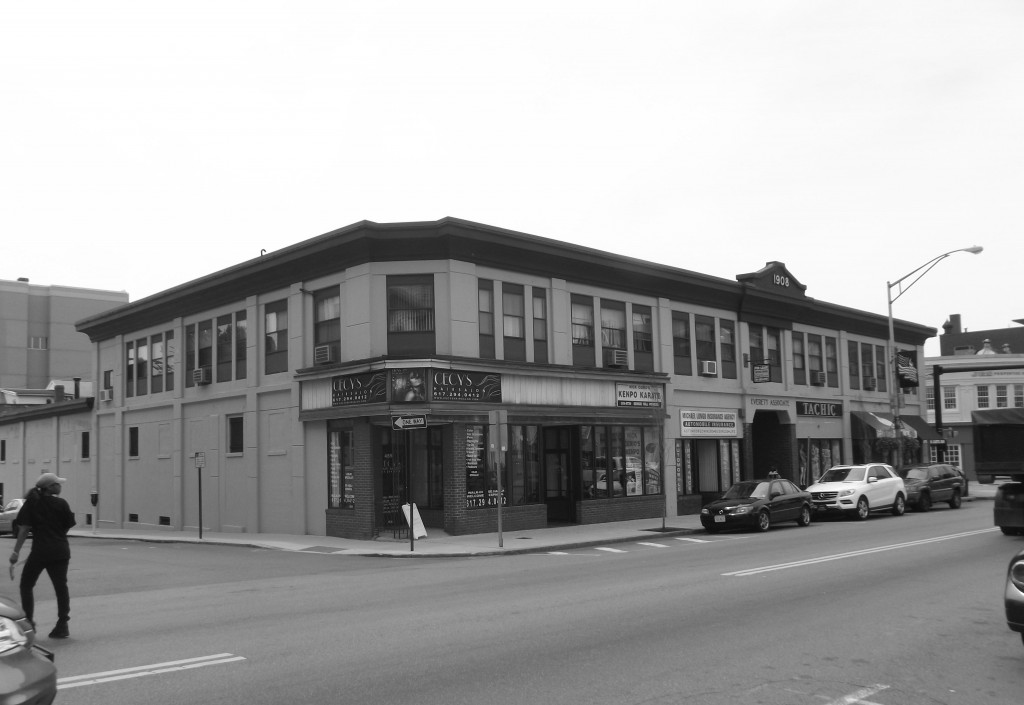 The Associate Building still stands virtually unchanged more than a century later. Some of the many businesses housed here over the years were the original McKinnon’s Market, Square Drug, and one of the very first Papa Gino’s restaurants (originally known as “Piece o’ Pizza”). At any given time one could see the pizza maker standing in the front window tossing the dough in the air for the next pizza pie.