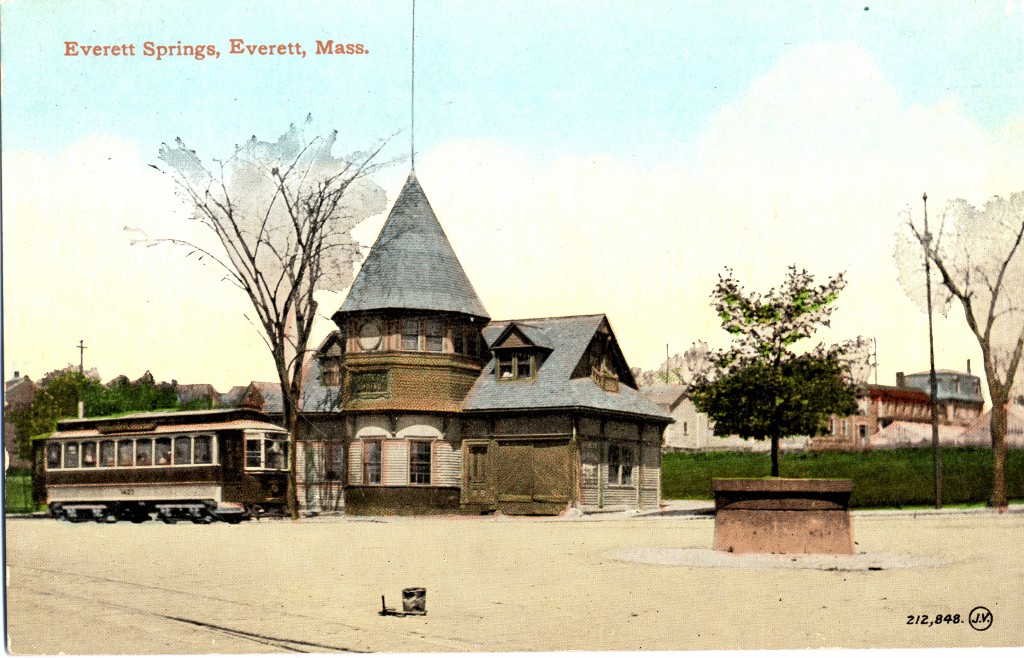 For many years the corner of Chelsea and Ferry Street was known as “Everett Springs”, referring to the fresh water springs bubbling to the surface. Until the early part of the 20th century the Everett Springs Bottling Company stood on the land and sold bottled water to the public. 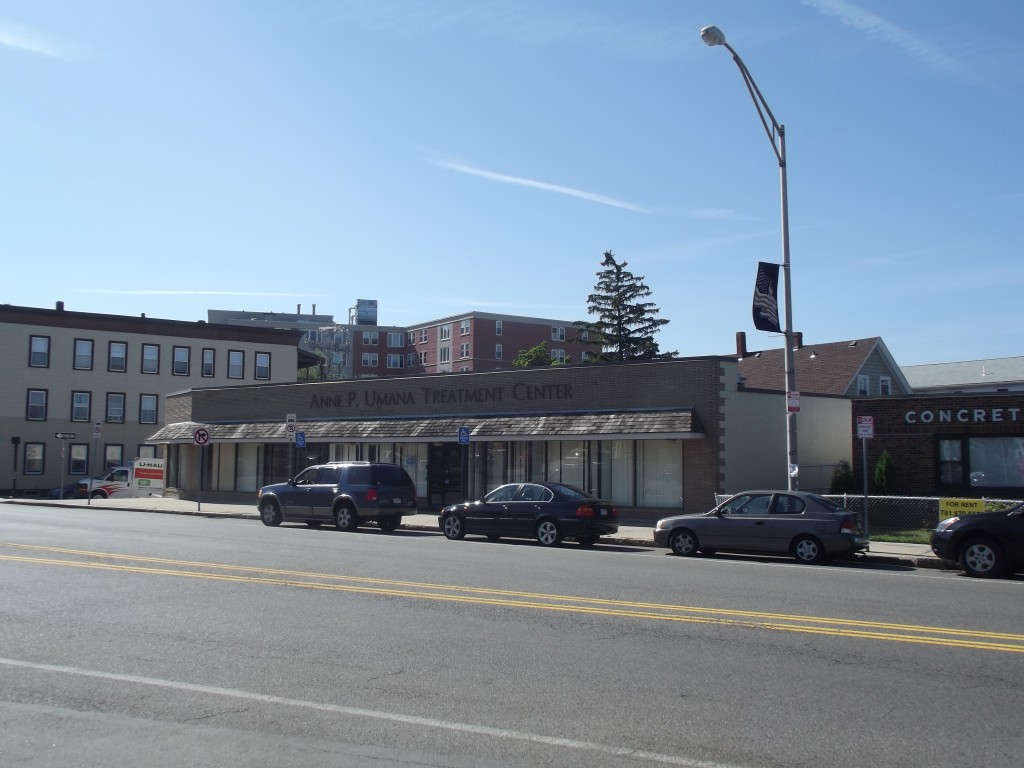 The springs eventually dried up and the bottling plant was demolished and replaced by storefronts and apartments. Some of the businesses located there were “Guidi’s Diner” and “Guy’s Barber Shop”. That building also met the wrecker’s ball in the early 1970’s and replaced with the mental health treatment center shown here.