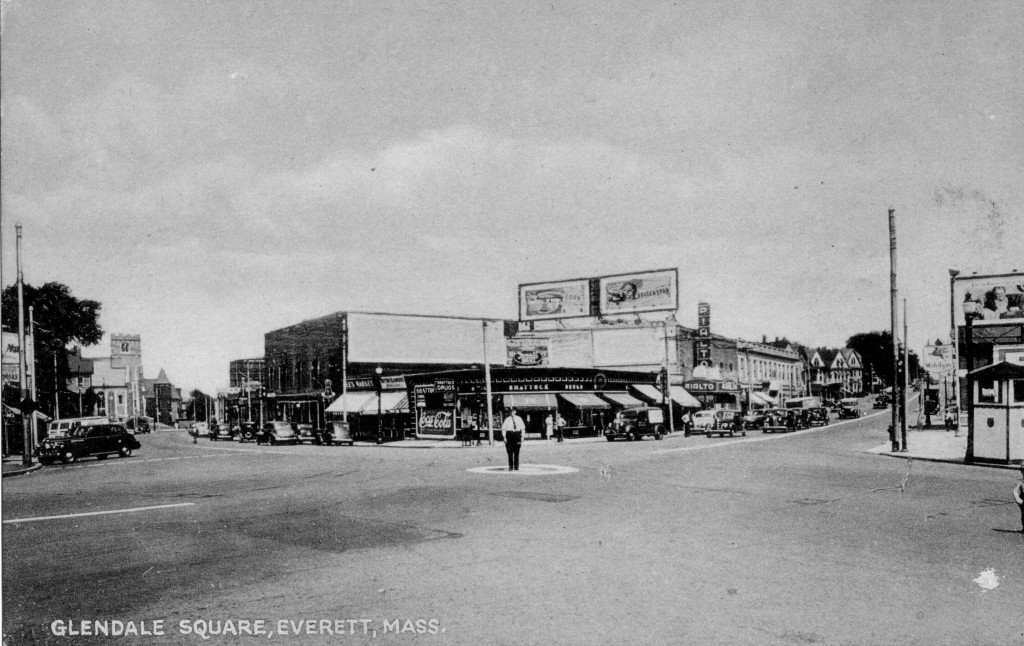 This how Glendale Square at the intersection of Broadway and Ferry Street looked in the early 1940’s. In the center is Shattuck’s Drug Store, a fixture in the Square until the 1970’s. To the right is one of the few known photos of the Rialto Theatre. Opened in the 1920’s, the theatre also served as the first meeting hall for St. Therese’s Church. The Rialto was closed in 1956. In the background on the left is the Glendale United Methodist Church. 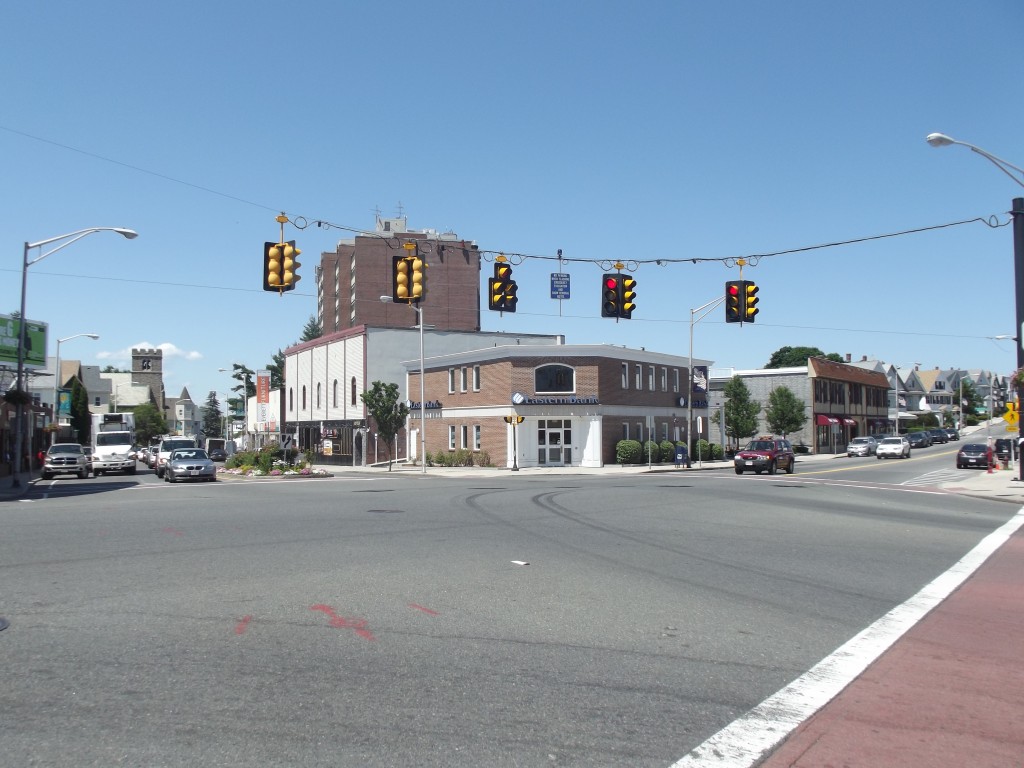 The first thing you notice in the picture of Glendale Square today is that traffic lights have replaced the policeman directing traffic. Shattuck’s Drug has been replaced by Eastern Bank. After the Rialto closed, the space was occupied by a bank and a bowling alley. The front half of the Rialto was demolished in the 1990’s. The rear half now houses a restaurant. The Glendale United Methodist Church sits unchanged in the background at left.