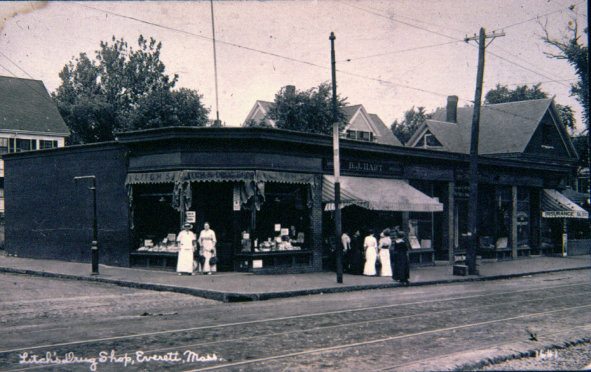 Customers stand in front of Litch’s Drug Shop in a scene from more than a century ago at the corner of Broadway and Hosmer Street. 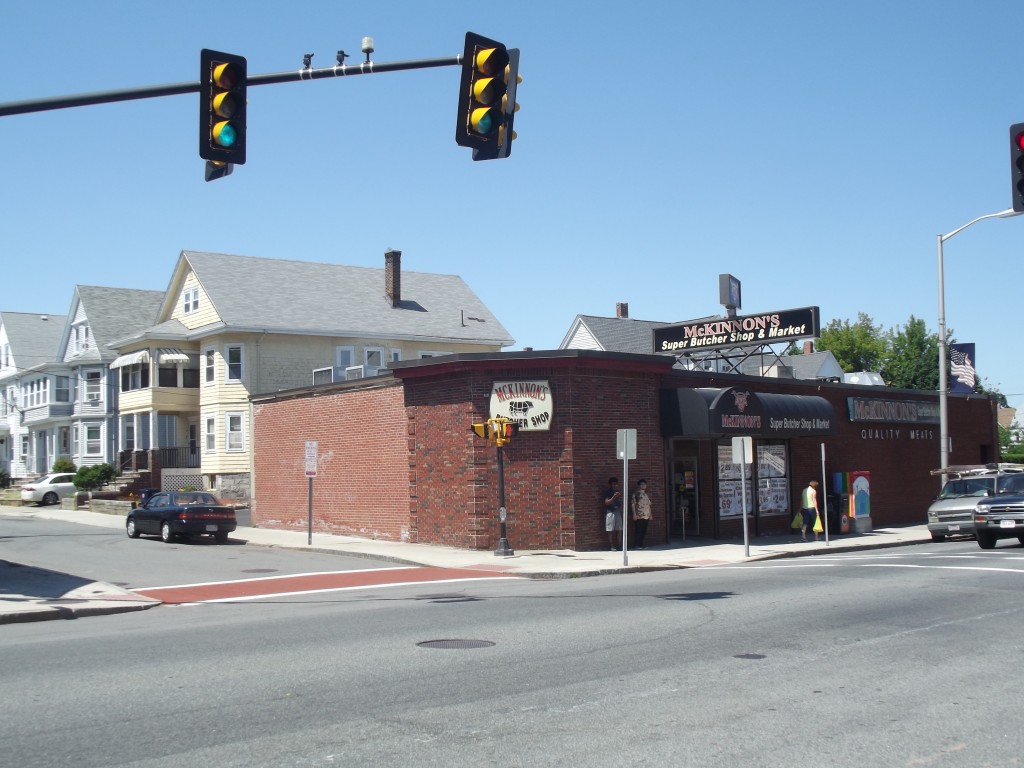 Litch’s Drug Store eventually became Harding’s Drug, which lasted until the 1960’s. Meanwhile, William F. McKinnon set up shop next door and eventually took over Harding’s space for part of “McKinnon’s On the Hill”, one of Everett’s most popular markets. The Penta family purchased the store during the 1970s and operates it to this day. 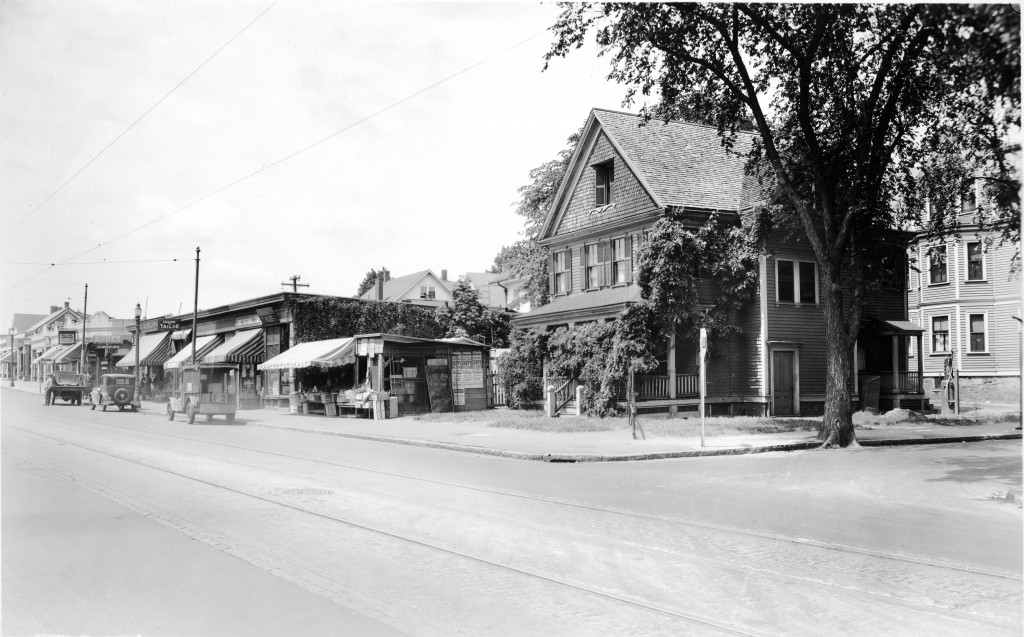 Here is the same block taken from a different angle in 1931.