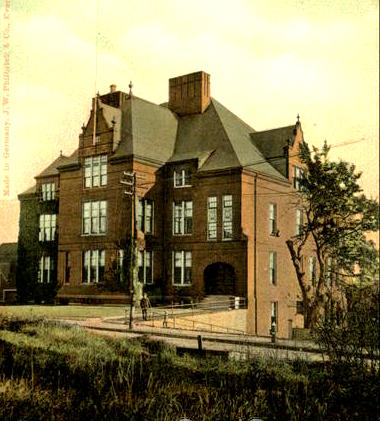 As the Town of Everett’s population continued to grow throughout the 1880s, people realized that the Everett High School needed its own building. EHS had been bouncing around several buildings and had outgrown all of them. The new Everett High was erected on Summer Street in 1892, just in time for Everett’s becoming a city. 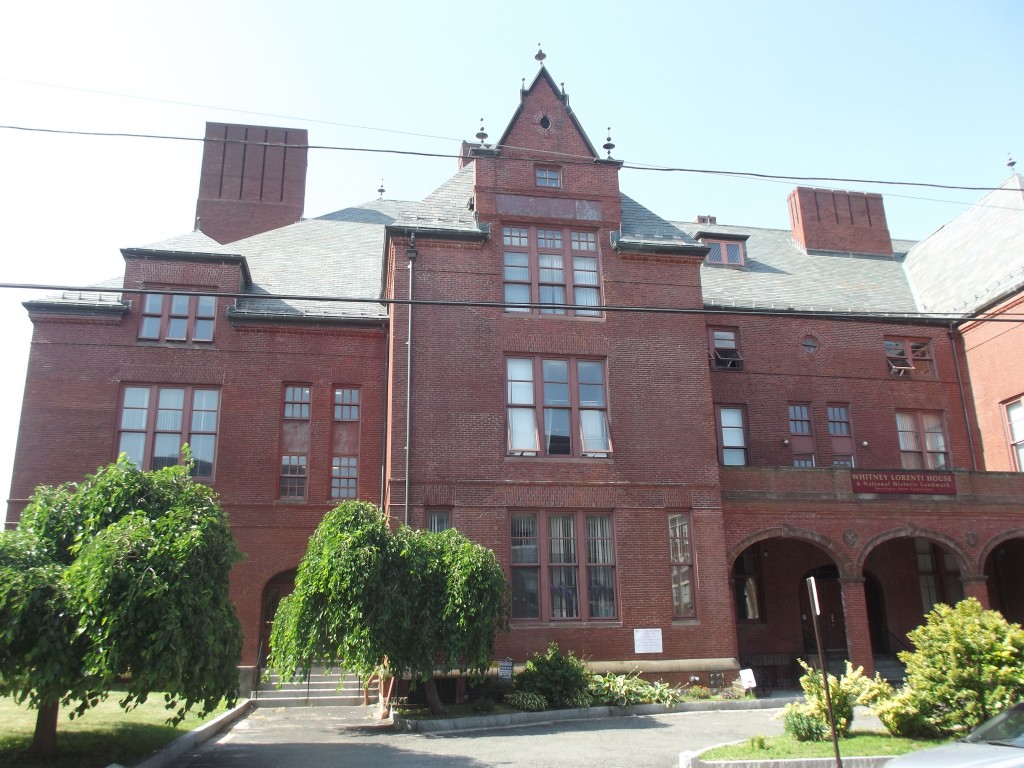 The original EHS looks pretty much like it did in the 1890’s, but with a few changes. 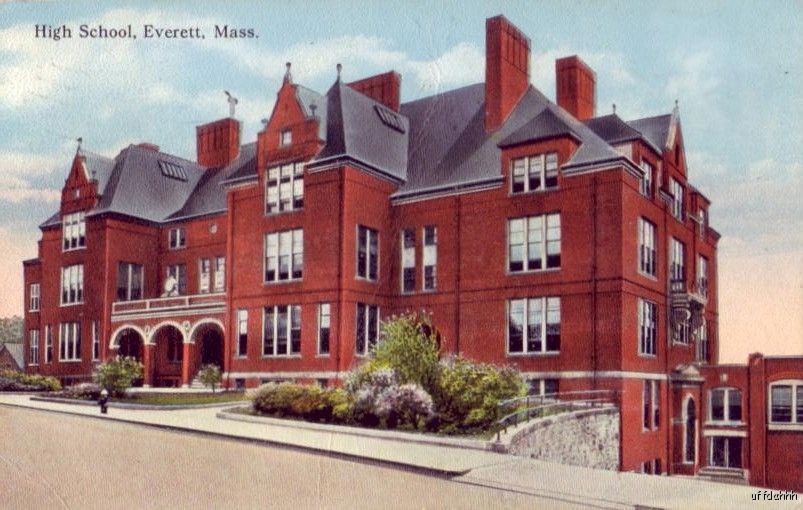 Due to even more overcrowding an addition was built onto the original EHS in 1906. By the 1920s even this was too small for Everett’s still-growing population. A new EHS was opened on Broadway in 1922. Several years later EHS moved its vocational classes to the building, and the school was renamed Everett Vocational High School. When a new addition was added to EHS in 1978 both academic and vocational classes were held at EHS, so the ”Voke” was abandoned. In 1982 a fire nearly destroyed the building.

Several years later, a local businessman rebuilt it brick-by-brick, using old architectural drawings, and restored it to its original glory. It is now an elderly housing development and has been restored to exactly how it looked a century ago.