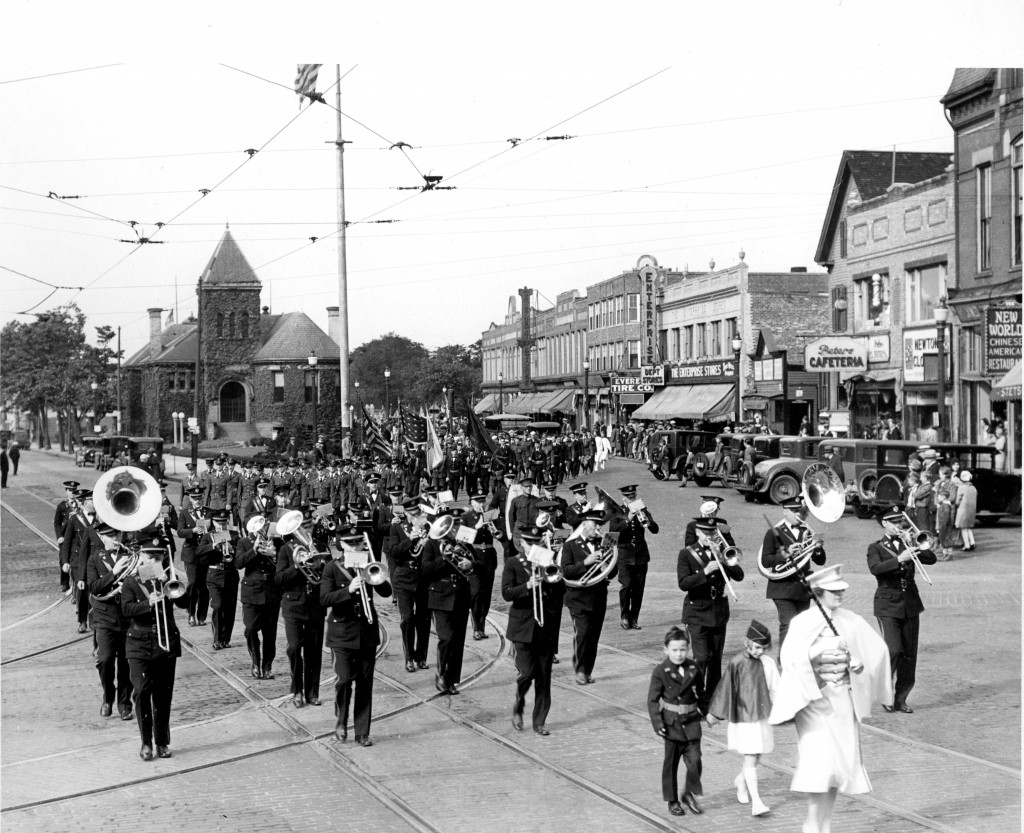 For many years, a major holiday meant a parade.  In this example from the late 1920’s you can see the ivy covered Parlin Library.  To the right is the long since demolished block of School Street stores, including the Enterprise Store, which later became Gorin’s, an Everett fixture for many years.